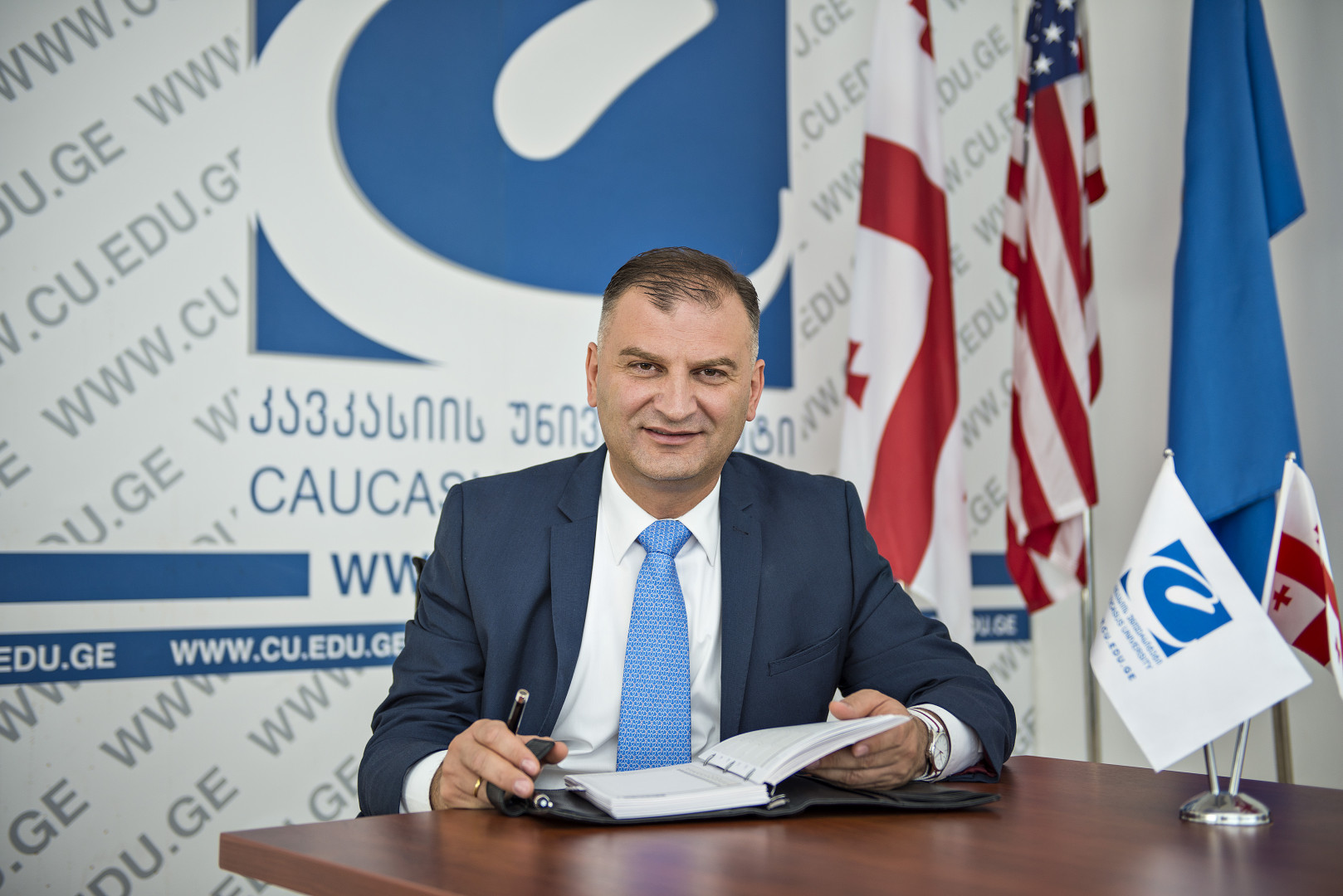 Since Caucasus University was founded, we have been striving to bring all the possible good to each and every student. As the foundation stone of our university is the thirst for knowledge, the will of every student and exercising their fundamental right of gaining knowledge becomes of paramount importance.

My team and I have been striving to build an excellent reputation for the University and be the best of its kind.

International relations established by us has had a single goal – to absorb the best and reject old and out-dated practices, which is why the programs of Caucasus University are among the top programs worldwide. CU students are able to use their student’s status and pursue their education abroad.

It was my idea to found a University which would be alma mater of the most educated and ambitious citizens, for those who not only have professional education but also have high citizen’s consciousness.

At that time many considered my ambition to be an obsession. Who needed such a university in a country which had just experienced another war? I was trying to convince them it was especially important for the country like ours.

For me, the diploma which our graduates receive is a proof that dreams do come true.

Our graduates with their professionalism answer those who were incredulous at the possibility of founding the best University in Georgia. I consider success of the young people, of our graduates to be my own.

See the biography of the President of the Caucasus University.