On December 9, a so called “kick off” meeting was held in the framework of the ERASMUS + Institutional Development (CBHE) project "Role of Regional Universities in Regional Development" (RURD). The event was attended by Irena Melua, Director of the Department of International Relations and Projects at Caucasus University, and representatives of other institutions included in the project consortium. The meeting was hosted by Akaki Tsereteli State University.

The aim of the project is to increase the role of Georgian regional higher education institutions in the development of the region. 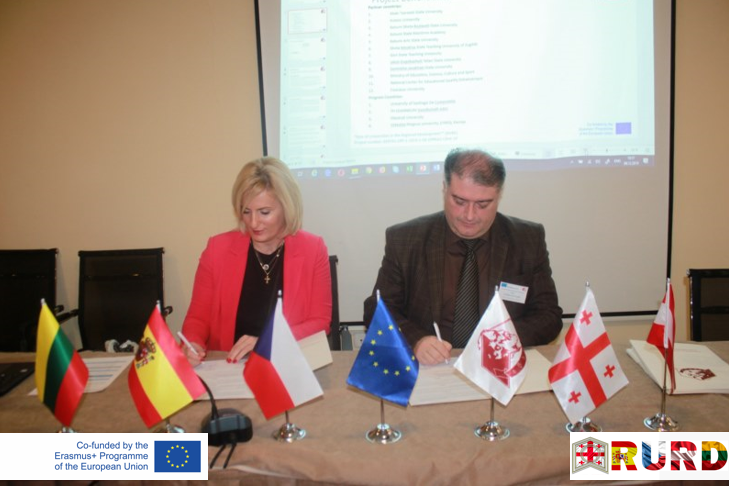